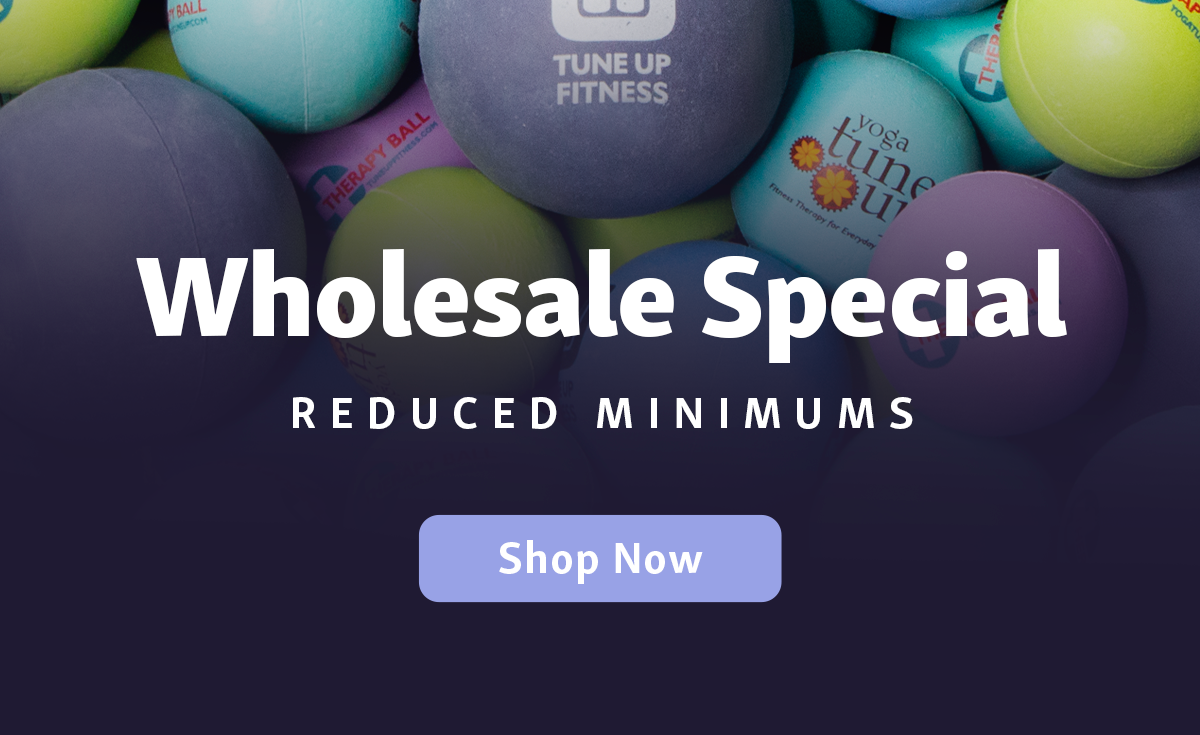 Becoming a Self-Soul Whisperer: My Body as a Bicycle

In part one of this journey, you met me at age 50, as I tuned in to my own body through yoga, but still had not made the vital connections between the parts that made me whole.

I talked to myself as though my body was a bicycle. If I just kept it in good working order, it would follow my instructions and take me wherever I wanted. The ego-driven English professor had transformed herself into an ego-driven yoga student. And the yoga that I was doing seemed to keep my bicycle-body in working order. However, as I explain below, I soon realized that I was more than a finely-tuned bicycle.

But things were still not where I wanted them to be. I had lingering low back pain, and my shoulder that had been frozen and had healed, threatened a repeat of that painful immobility.

The next stop on my journey was a week-long Yoga Tune Up® certification at that heavenly spot in western Massachusetts called Kripalu. There, with Jill Miller and an amazing group of assisting teachers, I learned how to strengthen muscles that had been ignored in my previous practices – especially the interior and exterior obliques – which magically erased the remainder of my low-back pain.

Each of the two-hour morning master classes during that training began with an introductory Roll Model® Method experience that left me astounded at how much tension there was in my body – still – and how effectively this array of balls could usher the stress right out of my body.

Only by rolling on balls, did I learn that the stress was there, because I didn’t feel it on a day to day basis. When, under Jill’s direction, I placed the toted pair of original balls parallel to my spine just between the spine and the shoulder blade, or scapula. “Okay,” I said to myself, “My back is clearly hiked up on this hard set of balls and it is clearly uncomfortable.” This rolling move was called “rib rock.” With arms hugging my chest, I did as I was directed, rolling back and forth slowly over the mound of toted balls, first to the left and then to the right. Initially, I gasped. Then, I began to breathe. Then, it was almost comforting. What was happening?

When we came down off the balls and felt ourselves inhaling and exhaling on the yoga mat and I sensed something quite different. First, I could feel my back in a different way than I had before. I now know that I was developing proprioception – a kinesthetic sense of my back that had been a blind spot before.

I was totally onboard with reducing my stress, my habitual tightness, and the pain this stress caused. I now knew, with more clarity, how those childhood headaches grew and took hold as a defining feature of my life.

Continue to follow me next week, as I make my way to LA to attend the Breath and Bliss Immersion.

Liked this article? Read Relax and go to Sleep 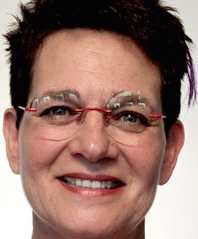 Hello, there! If you like my perspective on self care, please sign up for my weekly blog at http://sni.ps/GetUnstuck. When you sign up, you get a free e-manifesto that says who I am and what I stand for. I started yoga as a 50-year-old single mom: a stressed-out, sleep-deprived, achievement junky, suffering from constant pain and headaches. After that first eye-opening yoga class, I immersed myself in yoga, movement, and breath. I did all of Ana Forrest’s trainings, continued studying with Steve Emmerman and Talya Ring and now I’m completely thrilled with the Roll Model Method® and Yoga Tune Up® with Jill Miller and her mighty tribe of extraordinary teachers and trainers. Strength, breath, and mobility create a pain-free, vital body and this precious body is the starting point for the life you want to live. My classes and workshops help you to go inside; study your body and your breath; and learn that healing is within your grasp. I look forward to connecting with you!

Down the Rabbit Hole into Breath and Bliss

Proprioception of your body and breath. What a difference it makes.

A nice real life application of the techniques learned. Thank you. Going through the training myself now I am just starting to grasp the benefits and hope to have your level of appreciation one day.

Way to go girl! Reclaim that body of yours and enjoy everything it has to offer. I too was astounded at the ribbrock and how free I could be while breathing after rolling. Freedom!

I am continually finding new doors to open and rooms to discover within my body. I feel like Alice in Wonderland curiously navigating my way through this fascinating world.

I can relate to this – I used to be so driven in the gym and one-track-minded that I didn’t sense of shoulder impingement injury brewing. That’s what brought me to listen to the intelligence of my body, and where the balls made a gigantic difference for me in becoming a more embodied movement practitioner. Very humbling, and much needed.

Thanks Ann,
While the analogies of our bodies being like bikes or cars can get some simple self care pointers across, we are so much more complex than that as human beings. This discovery can be both daunting and magical.
All the best on your journey

Loved reading this! I can so relate! Every single time I get on the balls it amazes me how tight I am, and how much I had no idea. The part about the breathing becoming easier and fuller is so true, I too felt this just the other day in class!

I was introduced to yoga tune up balls at teacher training through Taylor a few weeks ago, haven’t really spend enough time with them, but I will. I like to rolling them with my feet while I am studying or working with my computer.

Thank you. I am also learning how to fine tune my body at a mid life age. Day 3 for my yoga tune up and my Brian is on fire for more.

Was nice to read your blog. I am also taking the YTU and can relate to blog. I am traveling from out of town so I am very excited and nervous at the same time. My first day of the training was amazing, what a wonderful experience can’t wait to learn more.

Your story is heartfelt and heartwarming. Thank you for sharing :).

What a great experience you must have had at Kripalu. I was recently introduced to yoga tune up balls at teacher training through Taylor, and have become very attached. Truly helping in every way, especially in my upper back. Thank you for sharing your story. Looking forward to more.

I loved the title of your part 1 and 2 of this blog and was very curious. Like a Dog or Horse Whisperer, we should be Self-Soul Whisperers. I remember my teachers in the YTU Level 1 in NYC saying, paraphrased of course that “…we know the ins and outs of our neighborhoods like the back of our hands, but we don’t know our own bodies and it is our right to know it.” I can relate to you on so many levels, but especially with the headaches. Hunched over at my desk for 12 years and a constant worrier… Read more »

This is an article that I think most people can relate to. Before getting more immersed with yoga tune up and roll model method trainings, I was generally intimidated by the uncomfortable feeling of rolling massage balls on my back (or any body part for that matter) when I encountered this type of self-message offered in group fitness classes. But my exposure to this self massage technique along the thoracic and lumbar spine opened my eyes to releasing the various “back” muscles. I was particularly amazed how sustained compression around the T7/T8 area and slow/deep inhalation and exhalation opened up… Read more »

Thank you so much for sharing your journey and the details of your YTU experience. That is very encouraging! I am in the middle of this training myself – for all the reasons you stated in your article and them some!

Thank you for your insight as I have found various parts of the body I have rolled to be very tight and painful as well. So many benefits out weigh those “ooo’s and ahhh’s” when rolling. I have much awareness in my body after taking the level 1 YTU certification. I’m excited to share and help others heal/relieve stress.

Thank you for sharing your journey of your injuries and your discovery of how the yoga tune up balls helped release tension and pain in your back. In a recent yoga teacher training class in NYC, I too discovered how yoga tune up balls released the stress, pain and tension in my upper back. Im glad I am more aware about my body and understand how to release the tight muscles in my back.

Thank you for this great article. I was a professional ballerina for over a decade, and used to pride myself on my body awareness as yoga teachers complimented my “pretty” postures. Though they were pretty, it didn’t mean that I was walking around pain-free. I had accumulated 25 years worth of repetitive stress and loads on very specific areas of my body as a result of my ballet training. Though I had a good sense of my accumulated “ouchies” and what had caused them, it wasn’t really until I started taking Yoga Tune Up classes and The Roll Model Method… Read more »

Thank for your article it’s great to know that I am not alone in these experiences. Just having going through the meat of the level 1 certification I completely understand what you mean by blind spots in the body. Before working with the yoga tune up balls I always followed the rule of muscle and fascia gives but bones do not, so I never rolled anything over any bony protrusions like the ribs. Now I’m beginning to understand how tight and ignored parts of my body are, who knew the intercostal muscles were so sensitive!