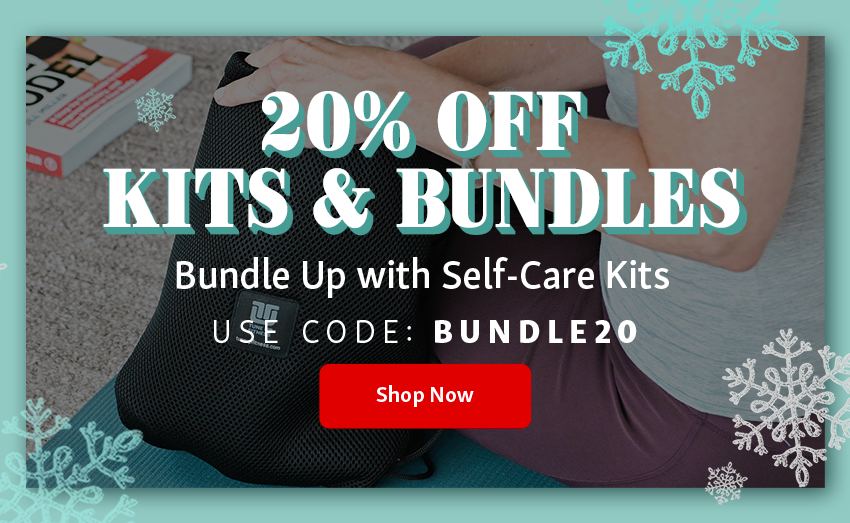 From Small to Big: Three Tools for Bodysurfing from the Pinky Fingers

We’ve all been there: when a task feels just beyond our grasp and we shy away rather than dig deep. But the philosophy of Yoga Tune Up offers a different choice – break it down into achievable stages in order to do right by our individual bodies. Body Surfing demanding this of me and, as I learned, not only did I improve but also became eager to share my approach with my students.

This list is not exhaustive. Class began with rolling and there were steps along this path that furthered the understanding of these engagements but these were some key changes that supported my own integration of Body Surfing.

With the works of James Earls and Tom Myers in mind, the sequence targeted activating the Deep Back Arm Line (DBAL) in order to draw action away from the upper trapezius and levator scapula, as well as to reeducate students on where strength can originate in the work of body surfing. Mary Bond, in one of my favorite resources, The New Rules of Posture, advises attending to the connection of these fingers every time one picks something up and that this sensing can assist in integrating the engagement of the shoulder girdle, particularly the three-dimensional support of serratus anterior (p.120).

Step 1: We applied this information to many tasks: picking up a block, flying table and linking active-arms simple child’s pose with a tabletop position. All very easy tasks, but with heightened awareness, the light up of that DBAL became palpable, along with a sense of support from the back and side ribcage from serratus getting on board.

“Shoulder blade pulses” are another tool Mary Bond puts forth as a means to wake and activate the lower trapezius muscle. In shorthand, it is palpating the medial inferior angle of the scapula with your opposite fingertips and then creating a small pulse down and in toward the spine (p.118). It works and allows one to sense the gentle pull on the humerus bone toward external rotation. I wanted to take it up a notch by increasing the load on the muscle through gravity.

Step 2: Lay on your stomach. Place a Coregeous ball at your low front ribs, put forearms on the floor and practice pulsing the inferior angle of the scapula down and in toward the spine, as you keep your head in line with the rest of your spine. Take one shoulder blade at a time to note differing strength and play with pace, observing how that affects the action. This will help to coax tension away from the upper back as it teaches a new engagement for stability in the shoulder girdle (Bond, p. 119).

Step 3: Next, we toggled between shoulder extension and flexion with cervical spine stability. In a modification of Long Head of the Triceps, students held a block between their hands behind them, then lifted the block into extension without allowing for change in the spine (tubular core). Attention to the press of the ring and pinky finger further illustrated the DBAL.

Next, Raise the Chalice (attending to ring and pinky finger connection).

The DBAL was fired up and tiring out!

Step 4: Low cobra on the breath, layered with engagement of the lower traps, serratus anterior and abdominals to mimic the end stage of our target action.

Finally, we knit these actions together and body surfed across the floor. The engaged DBAL instigated the initial pull forward, lower trapezius and serratus stabilized the shoulder girdle and pulled strain out of the upper back, tubular core supported the extension at the final position, all while length in the neck spine remained imprinted from blockhead, raise the chalice and low cobra. Students were surprised and pleased with varying, yet gratifying, levels of execution and were able to sense the places needed for strength as well as sensing exactly the right spot for their individual bodies. Yoga Tune Up® at its best! 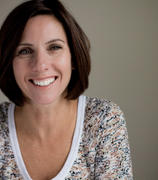 From the start, the practice of yoga did it all for me – fitness, awareness, breath, alignment and clarity of mind. My YogaWorks 200 hour training, with the divine Natasha Rizopolous, provided an exceptional foundation of yogic knowledge from which to learn, teach and cast a wide net for continued study. Yoga Tune Up teacher training refined my lens of understanding to shine it upon the anatomical and corrective aspects for practice – helping students, alongside myself, identify and address postural habits that impair efficient, effective movement in the body. Smooth joints, lean muscles and boosted proprioception make each visit to the mat an individualized, satisfying and fun exploration of the human body in motion and stillness.

This movement is a challenge for me. Thank you for sharing, I will put into practice the elements stated.

Love this break down movement and options! l like to challenge some of my “gym obsessed” friends they like to think body surfing is easy exercise but think again, haha! Thanks!

This sounds very helpful and I can’t wait to try it, Kate. Thank you so much!

I love how body surfing uses the full range of shoulder extension. It strengthens your latissimus dorsi, teres major and posterior deltoid muscles through their full range of motion. Its an amazing exercise that targets muscles some people forget to activate.

I tried this pose for the first time yesterday and I was not able to slide forward on a blanket I was on! I am very strong and was stumped as to why I was unable to pull through, but I was thinking that the flexion of the shoulders are a lot for someone like me who has a torn left labrum. I like your idea of using the Coregeous ball. I will practice that to see if it releases tension in my shoulder. Thank You!

I struggle with tight traps and like the connection to my ring finger and pinkie finger to activate the shoulder stabilizers and let go in the upper traps. I definitely appreciate the baby steps of poses leading up to bodysurfing because that pose is a struggle for me.

Thanks for the informative article! The detail in each of the steps are going to enhance my own practice! Pressing my ring and little fingers down on the floor to begin the surfing, I feel more “powerful” in my low trapezius. Thanks for sharing! Michelle

Beautiful outline for a class focusing on the Deep Back Arm Line (DBAL), which is a nice teaser into Tom Myers’ work. I’m just delving into Anatomy Trains and what I am absolutely blown away by, is the fact that the body is not black and white or as clear cut as our anatomy/physiology books would lead us to believe. The lines of the DBAL terminate at the palm, thumb, back of hand, and little finger. Since our hands and fingers are typically at the keyboard or gripping our steering wheels, or texting, or eating, it makes a lot of… Read more »

These ideas are so great! I can’t wait to try them out with my students. Love the one with the Coregeous ball, and how these warm ups increase proprioception so people can really target the correct muscles.

Thank you so much for this post! I’m so excited to try these! I think body surfing is very difficult for most people at least in the beginning, so having preparatory activities is incredibly useful. I like that you mentioned the importance of reeducating students on where strength can originate, it’s easy to forget.

What a great post! I found the body surfing challenging, and after using the coregeous ball found a HUGE reduction in the effort required for body surfing. Now to explain to my 3 dogs what I was doing. 😉

Wow! Thank you for this great post! I love how you broke down the peak pose into smaller puzzle pieces that all fit together. Thank you also for the links to the resources you found helpful.

Wow – what an awesome article! I love how you broke down the peak pose into tiny puzzle pieces that all fit together. Thanks for the clear explanation and links to other resources you’ve found insightful.

Thank you for your insights. As a new trainee, having occasional difficulties, I really look forward to trying your routine.

I just did body surfing for the first time yesterday and really struggled with it, especially my weakness and/or lack of engagement in lower trapezius. I really liked all your suggestions but especially the shoulder blade pumps to help in that area.