Yoga Tune Up® for Mammahood! Part 3

In part 2 of my blog, I wrote about some ways to keep diastasis recti at bay as well some Roll Model techniques to ease upper back discomfort.

As I write the third installment of this mamahood series, I am now 34 weeks along and although there’s not long to go now, I feel like I’ve been pregnant for an eternity.

Truth be told, the energy and drive of my second trimester has been replaced with more fatigue and some changes I hadn’t expected. The baby has positioned itself for delivery and is sitting so low into my pelvis that I probably go to the bathroom every 30 minutes! Thankfully this doesn’t seem to affect me at night!

Relaxin can cause instability in the pelvis at the pubic symphysis

I also began experiencing a fair amount of pain around the pubic bone, only to find out that I have symphysis pubic dysfunction. Also referred to as SPD, this condition is due to the hormone relaxin – the one responsible for loosening up the body for delivery –  doing its job a little too well! The ligaments that keep the pelvic bones stable get overly stretched which can cause the pubic bone to become less stable. So does that mean I’ve experienced lots of pelvic pain during my pregnancy? Well, in my case, I sometimes sense the creepy feeling of the two sides of my pelvis tugging apart – it’s weird but mostly painless. Other times, especially when I toss and turn at night or when I get up first thing, the pain can be quite intense, but it usually goes away after a few minutes of rest.

What does this mean for my movement practice? Well, I’ve had to modify things quite a bit. I’ve reduced my kettlebell training drastically (once a week) and have modified it considerably, using little to no weight, which still feels really good, especially on my back and hips. I’ve also started attending the occasional prenatal Pilates and Yoga class, but most of my practice now happens at home, where I can take my time to do exactly what I want and need for pain relief during pregnancy.

I’m still rolling with my YTU Therapy Balls on a daily basis, especially the hips, feet and upper back and working on bringing everything to center, rather than apart. I have several go-to movements that I incorporate in my home practice: Bridge Lifts (which I do with a Coregeous® ball between my upper thighs). To not forego strength training altogether, I also include lateral lunges (making sure they are not too wide) some of which I do with one foot on a Pilates Reformer box to light up my outer hips; side planks and wall slides; and, upper body work with therabands.  All of these movements are fantastic to be a strong mama when baby arrives and to keep the pelvic floor, back, and deep abdominals strong to prevent DR and pelvic floor dysfunction.

Speaking of pelvic floor, come back Friday for some useful tips that will set the tone for an easier time post-partum.

Enjoyed this article? Read Pregnant Women, Have No Fear! 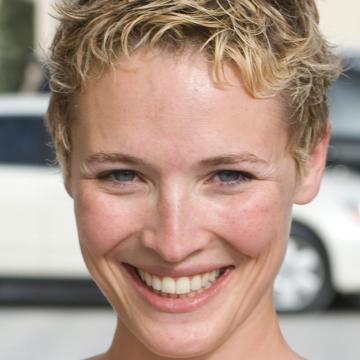 Hearing about experiences others go through while pre/post natal will help be be a better aid to those who may come through my yoga classes during their pregnancy. Thank you for sharing and allowing others to grow from your experience.

I am 22 weeks with baby number two. I followed YTU with baby number one and I never had pain that I wasn’t able to manage and get ride of after rolling out or simply practicing some YTU poses guided by my YTU instructor. I took a prenatal Yoga class and I was amazed that the instructor actually said there are some pregnancy pains you just have to deal with and embrace. Some of the specific pains she was referring to I was indeed able to manage following the YTU methods!

Relaxin is hitting me hard with SI joint pain. I have found that in this case strengthening exercises are key such as clamshells, bridge lifts combined with squeezing the courageous ball, etc…

I wish I would have known about the balls when I was pregnant. There were so many times that I would wake up out of a dead sleep because I had tried to turn and I would get the most ridiculous pain in my hip flexors and down the side of my legs. Thanks for the blog!

I thought this was a very enlightening article, it’s fascinating to me to hear how everyone’s pregnancies are different each time. I will be more aware of talking with pregnant clients about how their pregnancy is changing and understanding symphysis pubic dysfunction.