Marin remembers practicing yoga as far back as elementary school. But, somewhere in her 30s, she began experiencing shoulder pain and nausea during and after her practice. Her instructors were not equipped to help her, so she decided to help herself by completing a 200-hour yoga teacher training. She was determined to find and correct the root cause(s) of her discomfort.

It was during that 200-hour training that Marin was introduced to Yoga Tune Up®. It was love at first roll. Or was it first Moon Rise? Either way, she knew this was something she wanted to pursue. She went on to become the first certified YTU instructor in the Philadelphia area, and later became a Roll Model® Method Practitioner, as well.

As part of Tools for Self-Care, Marin uses both YTU and TRMM techniques to empower private clients and workshop participants not only to better understand their own bodies, but to help their bodies feel and function better.

Tools for Self-Care is based in Ardmore, PA, a suburb of Philadelphia. Marin sees clients in partner spaces in Ardmore and Mt. Airy Philadelphia, in private homes within a 30-mile radius of Ardmore, and via phone and video conference. 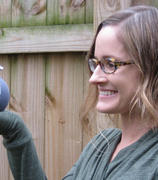