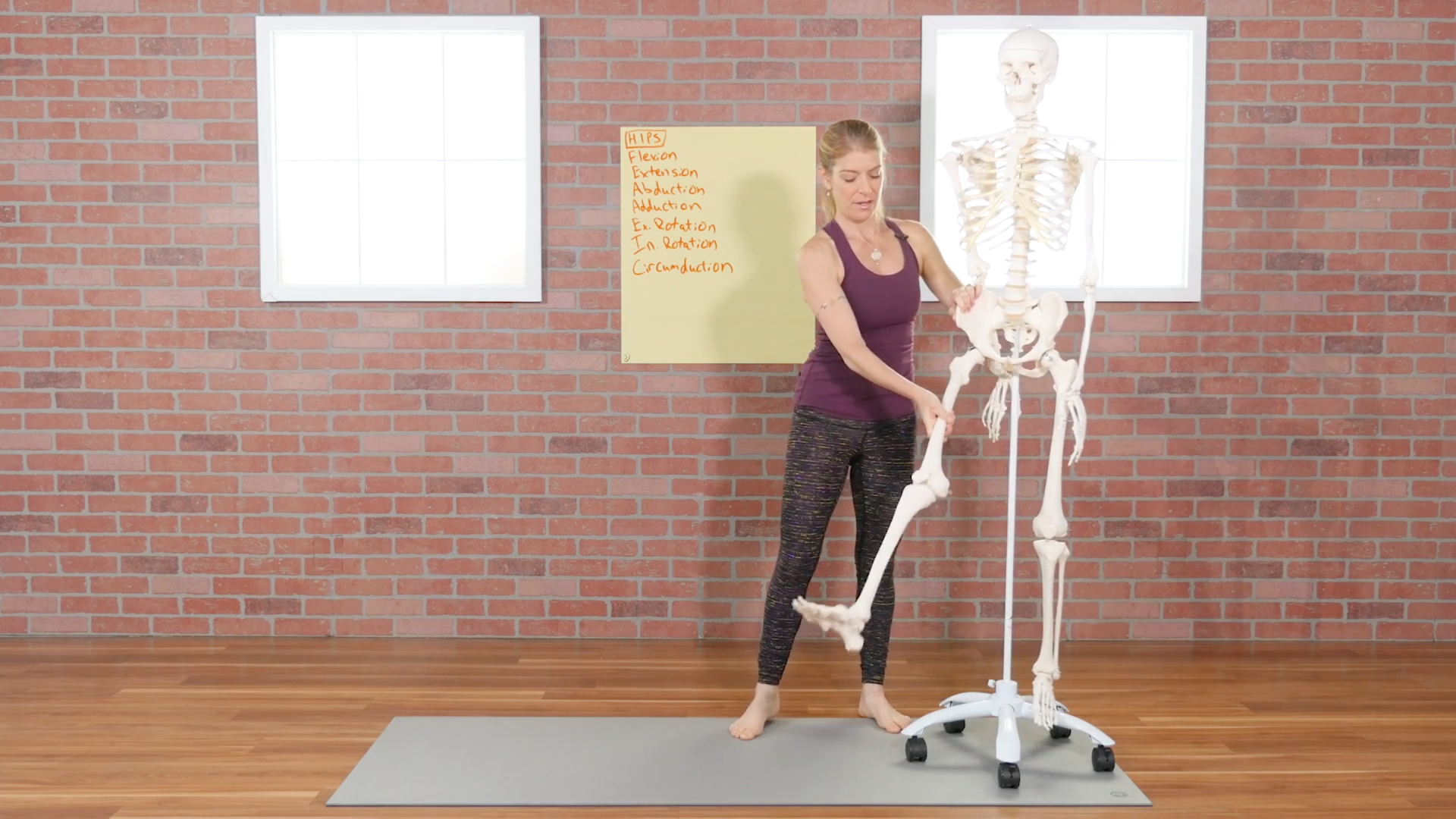 While it may sound like an astrological star sign, the sartorius actually the longest muscle in your body, stretching from the anterior superior iliac spine (ASIS) to the medial knee. Named from the Latin sartor ‘tailor’, (commonly thought to have attained this name in reference to the activation of the muscle when sitting in the cross-legged position once adopted by tailors). It also is a bi-articular muscle, meaning it operates on two joints, the hip and the knee.

Like Cinderella, the sartorius is often overshadowed by its more famous “step-sisters” − the psoas and iliacus − as a cause of anterior hip pain. Yet an overly tight sartorius can cause acute discomfort at the front of the pelvis. Like the iliopsoas, it can also adaptively shorten due to sitting, which results in chronic dysfunction. This dysfunction can have concomitant far-reaching effects throughout the body. For example, considering the downward pull of the sartorius on the ASIS, chronic tightness in this muscle has the potential to cause stress and impingement in the lumbar spine.

At the hip, the sartorius acts in synergy with the iliopsoas for hip flexion and aids the lateral rotators (gluteus maximus, obturators internus and externus, gemelli superior and inferior, quadratus femoris and piriformis) to create hip external rotation. Along with the tensor fascia latae, gluteus maximus and gluteus medius, sartorius abducts the hip. At the tibiofemoral joint, the sartorius is a synergist in knee flexion (working with the prime movers – biceps femoris, semitendinosus, and semimembranosus) and involved in medial rotation of the flexed knee. The next time you look at the sole of your shoe to see if you have stepped in gum, give a shout out to your sartorius (and it’s back up band), which is orchestrating all these directions of movement simultaneously!

Because it crosses at the knee, the sartorius can also be a cause of medial knee pain. Joining with the tendons of gracilis and semitendinosus to form the pes anserinus (PA) tendon, tightnessdysfunctional movement patterns and over use of any of these muscles can result in inflammation at the PA tendon, and sometimes its under-lying bursae. This inflammation may be experienced as pain or hypersensitivity on the inside of the knee[1].

Other symptoms of sartorius-related muscle pain can include a burning or stinging sensation at the front of the hip. This pain may be brought on by an overt trauma, such as an athletic injury. Sports which require sharp turns around a planted foot, such as basketball and football, or a fall whilst skiing where one foot remains trapped in deep snow, can expose the sartorius to unexpected and sudden torsional forces resulting in muscle strain and tissue damage.

Outside of acute injury, however, poor postural and alignment habits can also contribute to sartorius-related pain. Now that you’ve read this introduction to sartorius anatomy, check back in on Friday to read more on how our habits may be contributing to sartorius dysfunction and how Yoga Tune Up® can provide relief!

Enjoyed this article? Read Hip Space Available Immediately: A Step on the Path to a Balanced Pelvis 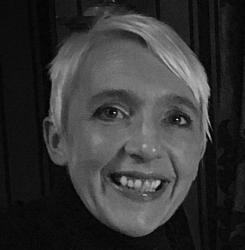 Ali was introduced to yoga by a roommate over 10 years ago – who obviously thought she needed it. As someone who biked all winter and ran and swam all summer, yoga became a bit of a life saver in terms of providing some physical and mental flexibility. Over the years yoga quickly began to surpass her interest in other pursuits – and some may say that is because the Scottish person in her truly appreciates how much cheaper yoga is than fancy running shoes. Since graduating from a 200 hour yoga teacher training program in 2007 (Bodhi Tree Yoga, Regina, Saskatchewan, Canada) Ali has continued on as a committed yoga teacher with an active physical practice and a keen interest in the anatomy and physiology of movement. Having been a keen follower of Jill Miller and Yoga Tune Up® since starting her journey as a yoga teacher, Ali completed the Level 1 YTU Training in October 2015. With a full-time day job as a Research Scientist for a local regional health authority, Ali continues to teach yoga part-time, infusing her classes with the science of movement and guiding people to be researchers of their own body.

I’m curious about this muscle too as have for years thought I had bursitis in right trochanter now it’s travelling down thigh and stinging at from hip. It also gives sharp pain whenever I do a spinal extension either on hand abs knees or from a forward fold position ! Ouch ! Would love to know more

I recently became curious about this muscle due to tightness and dysfunction at my right hip. For years I was working on stretching my psoas and piriformis. This helped but has never resolved the issue completely. Using the YTU therapy balls on the satorius for the first time, was quite a shock! There was lots of deep sensation and emotion that rose to the surface and I felt new freedom in my hip. I had no idea! Thanks for shedding light on this muscle.

I loved this overview of the sartorius. Looking forward to more information!

I learned a lot about the sartorius right now. I didn’t know it is the longest muscle, and I didn’t know it plays such a big role in the movement of the hip and the knee. I will have to read more about this super cool muscle.

I often overlooked sartorius as a cause of hip pain until doing my YTU training. Now I pay a lot more attention to it as well as gracilis and find treating it does relieve a lot of anterior hip pain.

I would like to know more about the Sartorious muscle.

Following by THR I do have some of this burning sensation in my anterior hip. Looks like I need to start stretching and specifically strengthening this muscle.

Thank you for such a well written and informative article! Learned a lot! I never think of the Sartorius when someone is having hip pain. I also did not realize it was involved in adaptive shortening. Cinderella No more!

I didn’t know the sartorius was the longest muscle in the body! Very interesting how sartorius tightness can be mistaken for psoas tightness because of its relationship to the lumbar spine.

Wow! I didn’t now that the sartorius was the longest muscle in the body. You would think it would get more attention. I would be curious to know the best way to stretch it given its connection to two joints. I would also be interested to know if an inflamed sartorius at the knee would cause them to knock inward or buckle? How could that part of the muscle be strengthened to support the knee?

if you kneel down and spread your knees then press the right into the mat on the side of the knee. Like you are doing the splits on your knees. you can twist your body open toward the left to apply more weight/ pressure. Then repeat with the other knee. This isometrically stretches the sartorius. You can activate the muscle through the abduction machine. Activating any muscle is usually a better way to “stretch” a muscle than passive stretching. If you are going to passively stretch its better not to do it before or after a workout as this activates… Read more »

Hi, great article, i am currently 30 days in with this injury, working through IMS and therapy, RICE etc. I have all symptoms with an additional symptom of burning and numbness down the outside calve.
Is this also a direct issue, or could i have a pinched nerve somewhere ?

Excellent article about the sartorius. Clear, concise and easy to understand. It may not be a star sign, but it’s a sign of a star in the body! Giving this article, of course, 5 stars!
Thank you!

Great article!…now I’ve got to read the follow up to see how YTU can help as I’ve long thought it’s tightness to be a contributor to instability I feel in my left knee.

I just noticed that inner knee tenderness that I’ve had for as long as I can remember and just assumed would always be there is pretty much gone since doing the Level 1 TT and incorporating YTU poses into my regular practice over the last month. Your article about the sartorius– a muscle I hadn’t even heard of prior to YTU teacher training– helps me understand where the pain was coming from, and why it is remediating now. Thank you!

Great name for this neglected muscle! I’m curious to find out more about ways to work with the Sartorius and conjoined tendons to reverse pes anserine bursitis.

While I sit and read this article, cross legged with my knees bent, I can’t help but be reminded of my knee and hip pain and stiffness (especially after sitting most of the day cross legged). I never connected that my hip and knee pain may actually be connected, due to the same shortened, and weakened muscle and muscle patterns. Thanks for an insightful article!

Great article….Learned a lot about the sartorius muscle.

Thank you for sharing your knowledge of the sartorius and when imbalanced what discomfort it may cause and where. You’ve named it perfectly, Cinderella . Eventhough it does so much for us, crossing 2 joints and being the longest muscle in the body, it is rarely discussed.

I found this very insightful and gave me much to consider within my body. Thank you!

Love this post! Great in-depth introduction about the sartorius – a muscle I was wondering about! I sometimes experience hip “stuff” so maybe this is something to delve into a little deeper for me because I really don’t believe the psoas is the culprit. Thanks!