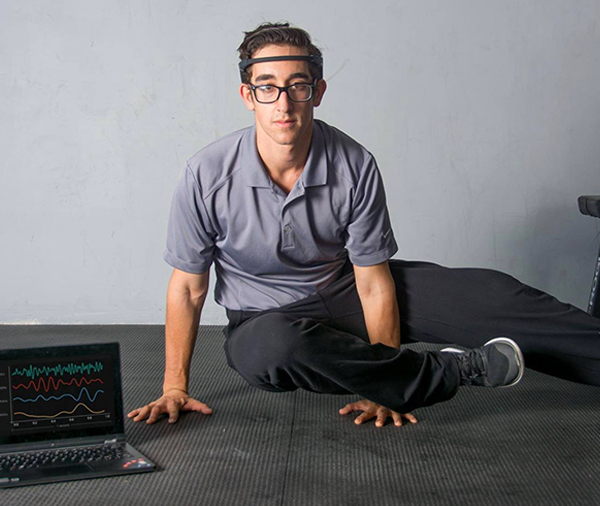 “Look at autonomic nervous system regulation as a skill, not a state.” – Ryan Glatt

How does an overweight kid with ADD turn into a personal trainer specializing in brain-based fitness?

Well, it all started with video game Dance Dance Revolution which got teenage Ryan Glatt out of sedentary gaming, into movement. He started losing weight, and gaining interest in physical health.

Although Glatt passionately wanted to get to physical therapy school, and almost did in Scotland, life had other plans for him. He was detained for seven days at the Scotland airport, then deported back to the US.

So Glatt wound up pursuing applied functional science and becoming a structural integrator with Tom Myers (of Anatomy Trains). After a few years working with clients, he became particularly interested in cognitive functioning issues, and pursued his current speciality in neuro-health and brain-based fitness.

Click “play” below to hear this fascinating interview conducted by Tune Up Fitness blog manager Ariel Kiley, where Glatt breaks down how to train beyond the physical.

Here you’ll find clues on how to construct holistic exercise plans based on brain health goals. After listening, stop by his website Somatiq.co to learn more.

Pain Relief That Fits in Your Pack: Massage Tools for Hiker’s Feet, Ankles and Knees

I thoroughly enjoyed this podcast and information related to brain and body evolving together. The importance of being mindful in movement was a key point that really hit home for me. Novelty is a key factor in creating those moments of presence and thrill during my movement practices that suddenly become more of a mindless routine unless I keep challenging myself by putting a spin on an exercise or movement. Increasing the complexity of movement, as Ryan suggests, really helps. The point on developing skill in this makes perfect sense. The formula he gives was probably my favorite part of… Read more »

What a beautiful journey!

With aging parents who worry about cognitive decline, this was very incite full. Will look into some of the programs mentioned for sure.

Training the brain has always being an important but unknown issue of the fitness environment, putting attention into this might be even more important than excercising the body. Getting to know this techniques and research seems very interesting and leaves everyone thinking about all the benefits this might bring to their lives, for me it sounds awesome, I want to learn more about it, hearing Ryan talk about how the skills must match the challenge and always keep increasing so the brain doesn’t gets bored makes total sense. Good article and great research.

What a badass journey you’ve had, Ryan! It makes so much sense how practicing the same yoga poses or same workout routine over and over wouldn’t make your brain any smarter. Just like how if you don’t challenge your muscles with heavier weights or new exercises, they won’t grow bigger because the body will only do as much as it needs to meet the demands of the person!

Proves there are many different angles and avenues into the fitness world. The ones that are not so traditional are usually most interesting. Nice questioning and answers.